Forever Amber Acres Animal Sanctuary’s rescue success stories go beyond our pastures. On a regular basis, we rescue and place animals with other caring individuals and organizations, and Michele has successfully helped raise tens of thousands of dollars to support these efforts for others. Under a First Right of Refusal contract, we can place and monitor animals when we are unable to offer them permanent refuge on our farm. FAAAS continues to advocate for, and safeguard the well-being of animals that need our help. Meet a few of our rescues, old and new! 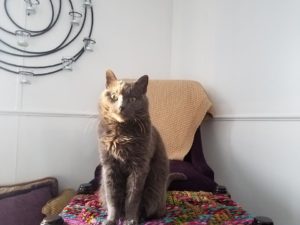 Dumped in a manure pile the night before Thanksgiving, Michele (FAAAS Founder) saved this little princess and caught the perpetrator in the act! Very shy at first, Leia spent her time with us indoors. Eventually, she was vetted and then we found her a perfect home. Patti R., opened her heart and home to Leia. Shortly after, this kitty was diagnosed with allergies and asthma. Luckily, Patti doesn’t mind and takes care of everything. We’re so happy that Leia found such a great home and are very thankful for Patti’s dedication to her new friend!

A pet store rabbit (originally known as Alfred), Allie was given up due to medical complications. Luckily, her owner was a friend of FAAAS and we placed him with a new home. Her current owner, Danielle, is training Allie to be a little less feisty and a little more lovable. We couldn’t be happier that this cutie found a new home. Thanks Danielle 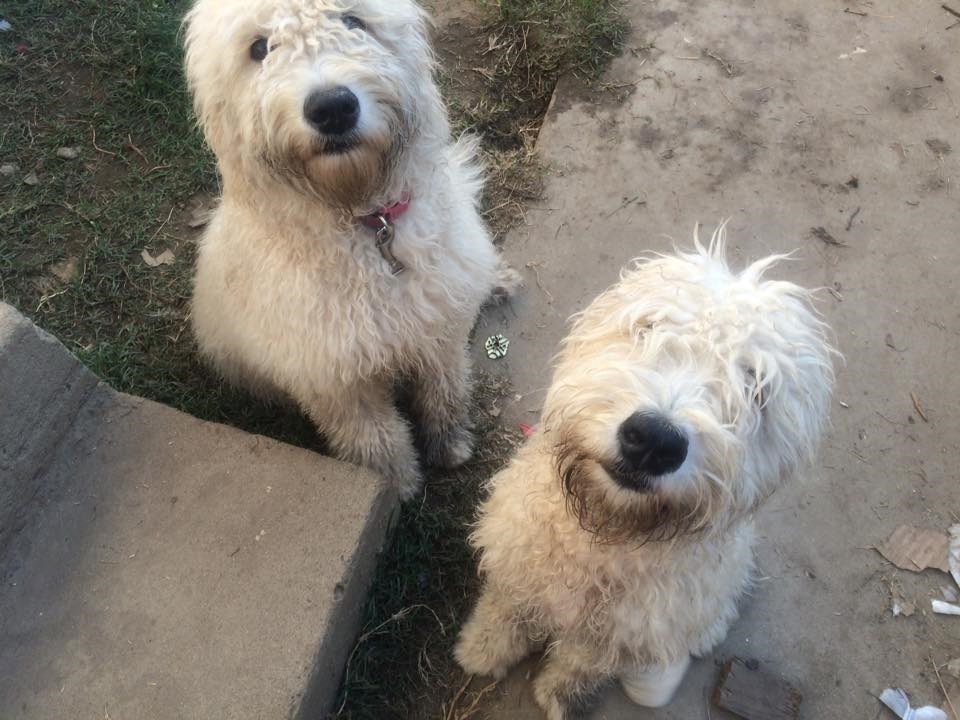 Mila and Willow were pulled out of a severe neglect situation in Southern California. Starving to death due to a genetic condition they also suffered from lack of care. As puppies, both Willow and Mila were diagnosed with a medical condition called Canine Megaesophagus (MegaE). This is a genetic condition that causes puppies to regurgitate food.  The woman who purchased them knew they had this condition, but did nothing to manage it. The night before they were saved, the owner planned to take them to a kill shelter. 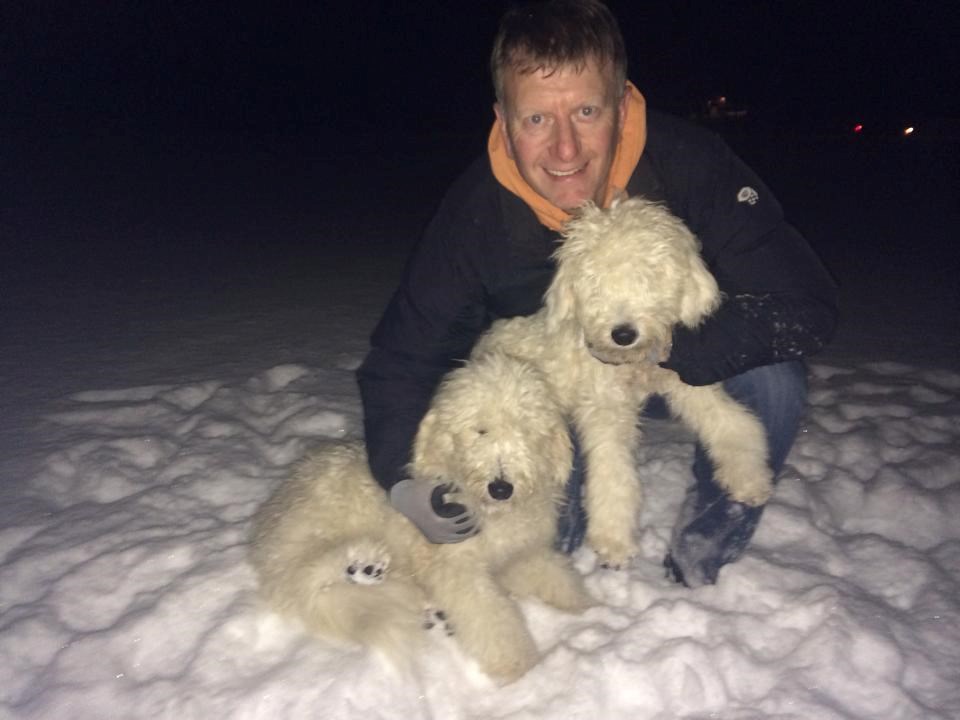 A volunteer by the name of Christina rerouted her plane flight, rented a vehicle and went to pick the girls up from the owner before they could be left at the shelter. They were rescued, their fur matted from vomit. Our volunteer drove over eight hours through snow and ice to make sure they were safe.  Willow, the smaller of the two, weighed 16 pounds at 8 months old. Christina took them to the vet, who confirmed their diagnosis.  They then spent five hours at the groomer, getting cleaned up.

Due to her complication, Christina was unable to foster the girls. Luckily another volunteer, Emily, was able to take them in! Emily is a VP of a rescue and has dealt with many special needs dogs in the past, but never a MegaE dog, let alone two of them. Emily and Christina were able to come up with a feeding routine for the girls and a proper diet. They need to be fed in an upright vertical position so that gravity will help their food get to their stomachs. After a week, Willow was strong enough to fly to her adopter in Pennsylvania. So off she went!

A few days after arriving to her forever home,Willow started regurgitating again. Her adopter immediately took her to the vet who did x-rays. Diagnosed with aspiration pneumonia (AP), Willow was put on ten days of antibiotics. In no time at all, she overcame her illness. She was also fortunate enough to stumble upon a vet that is committed to her as everyone else is, offering free services for any vetting that Willow needs now or in the future- including surgeries.

Willow is now a member of a large doodle family and has become a princess in her forever home, being waited on hand and foot! She even befriended a kitten by the name of Gracie, who she adores. Willow is waiting on her Bailey Chair* to arrive from California to help her with her eating process, but is doing extremely well considering where she was just a short time ago.

Mila (below left) is under a FAAAS foster agreement in Oregon (adoption pending). 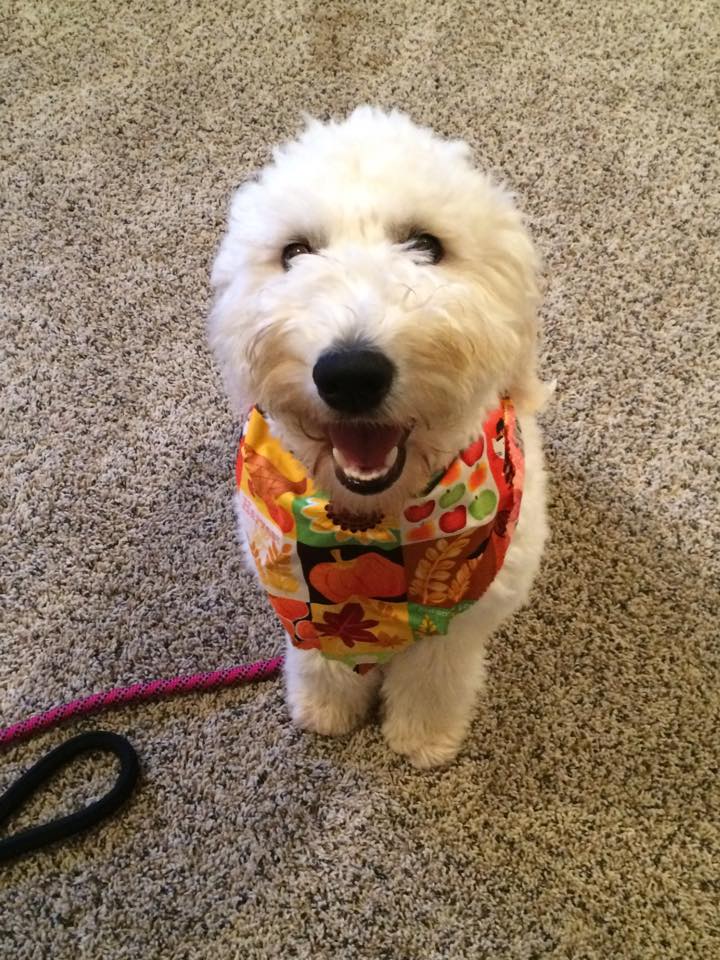 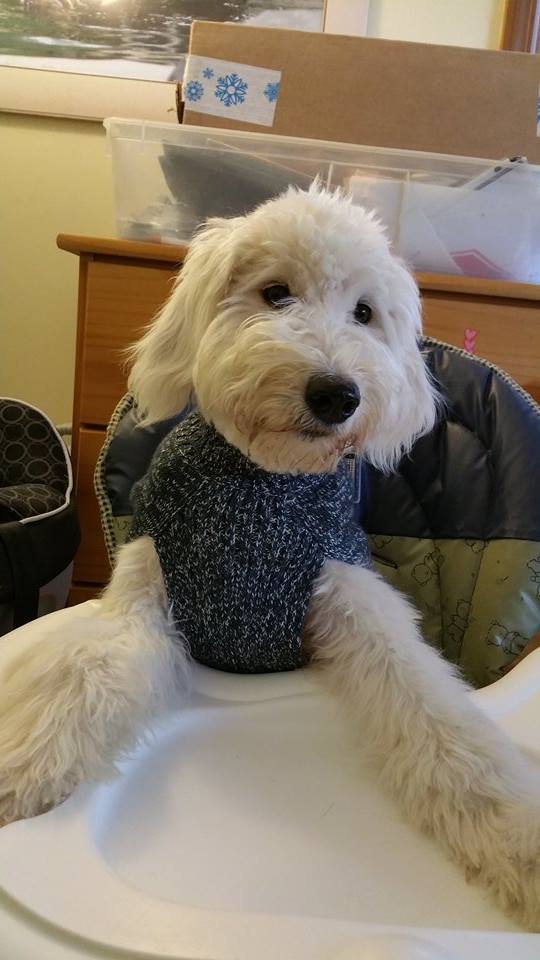 *MegaE is a condition in which the esophagus muscles are deformed and do not contract to push food the the stomach. The muscles are weak, like a latex balloon that has been deflated, and just like the balloon, the esophagus develops pockets where food and water get trapped. Because of the entrapment, the dogs fail to thrive because they constantly regurgitate and very little makes it to their stomach.

*Aspiration Pneumonia is a very dangerous pneumonia that is caused by in inhalation of food, water or other foreign objects into the lungs. If not caught and treated immediately, AP can be deadly.

*Bailey Chair- a Bailey Chair is a special designed chair to help keep a dog in an upright, vertical position during and after feeding. Being in an upright position allows gravity to assist in the digestion process by pulling the food to the stomach. (baileychairs4dogs.com)